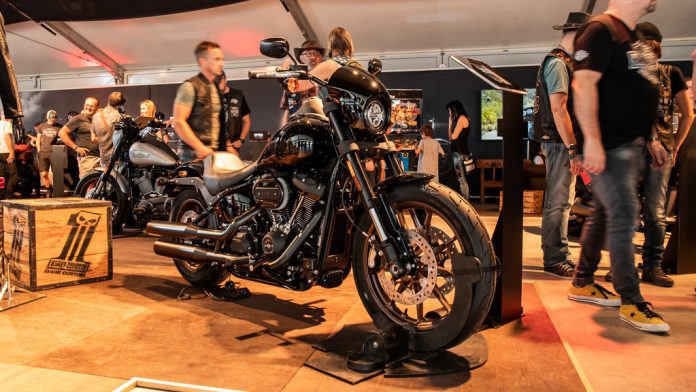 European Bike Week, one of the largest and most successful motorcycle festivals in the world, drew more than 120,000 guests on 70,000 bikes to Austria’s Carinthia region from September 3-8 to ride the Alpine passes and take in the unique party atmosphere of Europe’s biggest open and free Harley-Davidson® event.

Riders travelled from across the globe to take part in European Bike Week 2019, including two very special guests – Bill and Karen Davidson, great-grandchildren of William A Davidson, one of the original founders of the company. Bill and Karen spent their time at the festival meeting and greeting dealers and fans, touring the incredible local roads with customers, presenting the awards at the Custom Bike Show and delighting the crowds by signing visitors’ leather jackets, caps and even fuel tanks as part of the celebrations.

Every year European Bike Week takes over the little Alpine village of Faak am See with all accommodation for miles around booked out for months in advance. The beating heart of the event is the Main Plaza of the Harley Village, by the shore of Lake Faak, and this year the biggest ever Harley-Davidson Expo was in place with all of the company’s motorcycles available to view – including the new Softail® Low Rider® S and the 2020 Touring models, only announced two weeks before the event. Outside the Expo, the newly launched Livewire™ electric motorcycle was available on the Jumpstart system to allow visitors to experience the thrill of all-electric acceleration on static rollers.

The new 2020 motorcycles also took pride of place at the Demo Area where riders could try out the full range – including the Low Rider S – on a 30 minute demonstration route, or take the incredible 1.5 hour Softail Experience through the mountains.

Friday saw the Custom Bike Show held in the Customiser Area with more than 70 entries demonstrating the depth of creativity in the Harley-Davidson community. Mirko Perugini from Italy won Best in Show, while Laurent Lehmann from France took home the coveted Peoples Choice trophy.

Many of the attractions at the event were new for 2019. The Alpine-themed Faaktoberfest Bar and the expanded Harley Bar with its main stage hosted bands and DJs until after midnight, with The Picturebooks headlining on the Saturday night. Also new was the Harley-Davidson Dance Show, introduced by Karen Davidson and featuring Harley-Davidson clothing from the latest collections, many of which were on sale at the numerous Harley-Davidson dealership boutiques and the official merchandise stands. Also new for this year was a skate ramp with pro riders – including several members of the Vans European team providing demonstrations.

2019 also saw 3 new music hot spots, the Harley Bar with main stage, Harley Saloon Lounge and the Faaktoberfest Bar. The expanded Vida Loca dance bar was lively every day – a converted red double decker bus hosted by Italian DJs – with music all afternoon and well into the night, while more than 150 traders, bars and food stalls catered for everyone’s food and music needs.

Despite very poor weather conditions, the legendary Harley-Davidson Parade took place on Saturday, led by Bill and Karen Davidson flanked by a police escort, along with the winner of the Harley Owners Group competition, Rita Minozzi from the Gaelic Chapter in Ireland, and followed by flag-bearing members of the H.O.G. community from across the world, forming a cavalcade of 5,000 motorcycles, stretching over 15km through some of Carinthia’s more gorgeous scenery.

The closing finale on the Saturday night saw one last surprise – Luciano Banzato from Torino, Italy was the winner of a brand new Harley-Davidson Iron 1200™ motorcycle in a free raffle draw sponsored by the local Villacher Brewery.

According to Bill Davidson: “I regularly attend Harley-Davidson events in the USA and abroad and it’s not my first time at European Bike Week. In fact I enjoy it so much I keep coming back for more! 2020 has been a landmark year for Harley-Davidson with the launch of our new electric motorcycle, the LiveWire, and the much anticipated return of the performance-orientated Low Rider S, two fantastic motorcycles! I met a lot of people and swapped a lot of stories, and it’s something I’ll remember for a long time. It’s great to see European Bike Week continuing to grow, in 1998 we had roughly 1500 customers and now there are over 120,000!”

Karen Davidson added: “What a week! I arrived on Tuesday and I am loving the bikes, people and the scenery here on the shores of Lake Faak each and every day. Everywhere I look there are custom versions of beautiful bikes and customers are inspired to have their own unique style.  We’ve ridden some awesome roads on the way to Sturgis in the USA and of course Cascais here in Europe earlier in the year, but I’ve got to say some of these alpine climbs, twists and turns have been a real highlight of the year too. Highly recommended!”

As The Picturebooks rocked the crowds on the final night, European Bike Week visitors were already looking forward to next year’s event. European Bike Week 2020 will take place from 8-13 September 2020 – once again at Faaker See of course. Book your accommodation quickly! 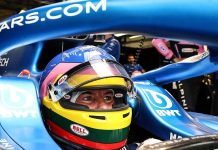 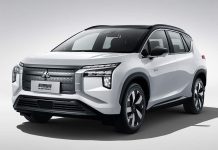 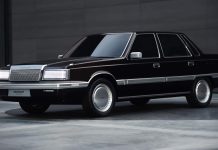